Dr. Nazar M. Hassan (b. 1964; Sudan) has been the Senior Science and Technology Advisor for the Arab States at UNESCO Regional Office for Sciences since 2009, where he has initiated several networks to build up the region’s techno-preneurship culture. Dr. Hassan has substantively participated in policy dialogue in a number of countries to update/renew their Science Technology and Innovation policies (STI) and support their efforts toward sustainable development. Previously, he worked as Senior Economist in the Sustainable Development Division of the United Nations Economic Commission for Western Asia. Dr. Hassan also worked as a senior researcher in the area of systems optimization at the University of Massachusetts Amherst in the United States between 1992 and 2003. Dr. Hassan has a number of published papers and reports in the area of strategic management for Sustainable Development. Dr. Hassan received his Master of Science in the area of renewable energy technologies, and his doctorate degree in Systems Optimization (Industrial Engineering), with a focus on Sustainable Energy Development (SED) from the University of Massachusetts Amherst in the United States. In a few words, Mr. Hassan is an engineer by profession, a scientist, an inventor with a strong aptitude for global problems solving. 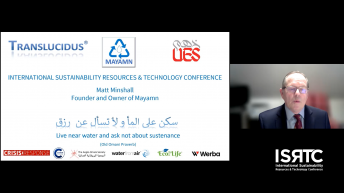 Integrated Water Resource Management
by Matt Minshall, Managing Director of Translucidus and Founder and Owner of the Mayamn Water Project 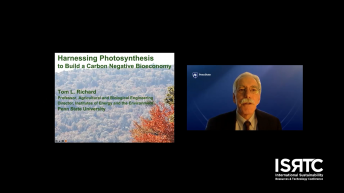 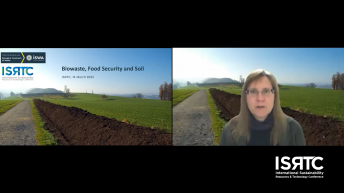